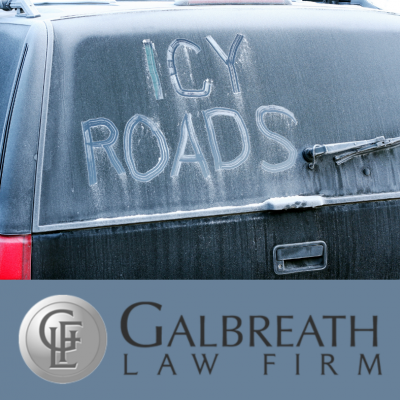 Six people lost their lives in the huge pile-up on I-35 in Fort Worth on February 11th, according to an ABC News report. The multiple car accident involved over 100 vehicles and left several people injured. Emergency workers went car to car helping extract victims who were trapped inside. Sixty-five people suffered injuries and first responders transported thirty-six people from the site of the catastrophe to the hospital for medical attention. Three of which were reported to be in critical condition.

This terrible car accident that involved several 18-wheelers and many other vehicles is proof of how dangerous driving can be. When mother nature adds wintery weather into the mix, driving takes on a new level of danger. Drivers should always be more careful when traveling down potentially icy roads. While you can try to be as safe as possible when driving, other people on the road may not be inclined to drive as safely as you. Accidents are unintentional by definition, however, just because a person didn’t mean to do something, that doesn’t remove liability.

Who is at fault in a multi-car accident?

When many vehicles are involved, determining fault can be a lengthy process and, of course, is subject to the details of the crash. For instance, one car brakes suddenly to avoid something in the road, and another car rear-ends the first one. Afterward, more and more cars pile up as a chain reaction of rear-end collisions happen. The second vehicle may be held liable for the damages to the first because they did not give proper room to safely stop. At the same time, the second car may not be held liable for damages caused to the third vehicle. Then so forth and so on down the line of how many cars were involved. Typically, the first car is seldom held responsible, but there are exceptions to this rule. Here’s another example that may have a different outcome. Several vehicles are sitting at a stoplight when an 18-Wheeler crashes into the line of stopped cars. The driver of the semi-truck could be considered the primary offender and be liable for multiple damages.

The fact of the matter is that each multiple car accident is going to come with its own set of circumstances. Depending on the situation, one driver may have twenty percent of the blame placed on his actions, another driver may have thirty percent, and the remaining half is placed on a third party. Because there is so much nuance involved in these types of wrecks, you may want to consider getting an experienced lawyer’s help.

When several cars are involved in a wreck, multiple insurance companies will be involved, as well. If you have an experienced personal injury lawyer on your side, you will have a better chance of getting the compensation you deserve for your injuries. Don’t forget that insurance companies are out to make money. They aren’t just in this business for free. Most of these companies will try their best to keep the bottom line looking as profitable as possible and this can entail some shifty behavior. If you have an attorney on your side, you won’t be fighting alone. You will have an ally who knows the games the big insurance companies play and can be the difference between a favorable and unfavorable settlement.

Odessa is a thriving town with a couple of dangerously busy highways that run through it. If you have suffered an injury in an 18-Wheeler wreck, contact The Galbreath Law Firm to get the dependable, experienced help you need. We offer a free initial consultation so you can speak with us about the details of your accident. Talk to us and let us see how we can help you move forward with your potential case.